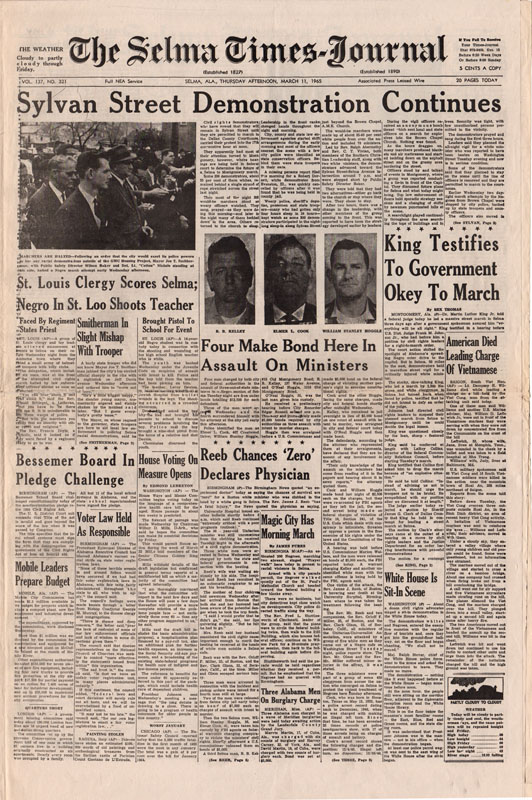 Excerpts from J.L. Rainey’s Journal, Selma, Alabama, March 1965, from the novel, The Clock Of Life, by Nancy Klann-Moren.

My posts will include both J.L’s journal entries, and actual articles from the Selma Times-Journal each day until he reaches Montgomery.

This was day six after he arrived in Selma to take part in the right-to-vote march to Montgomery.

Thurs, Mar 11, 9:25 pm ― Earlier today I was anxious for something to happen, and sort of feeling out of place. This thing’s dragging out. Thought about going home until the plans are more concrete, but then we got word that one of the men who’d been beaten didn’t make it―name’s Rev. Reeb. When I heard that, I realized it could have been Spam and me if it’d happened earlier. The newspaper said the four douchebags charged in the assault were already free on bond. What a roller-coaster we’re on.

Today the leadership dug in their heels and vowed to remain on Sylvan St until we can leave for Montgomery. About 300 of us went down there. All we did was stand on a patch of asphalt by the church. Those close to Reeb were shook to the core.

Sylvan Street Demonstration Continues:  Civil rights demonstrators who have vowed that they will remain in Sylvan Street until they are permitted to march to the Dallas County Courthouse carried their protest into the 17th consecutive hour at noon.

They apparently had most of their attention turned to Montgomery, however, where hearings are being held in federal court to determine the future of a Selma to Montgomery march.  Some 200 demonstrators, about 35 per cent of them whites, remained behind a single strand of rope stretched across the street last night. 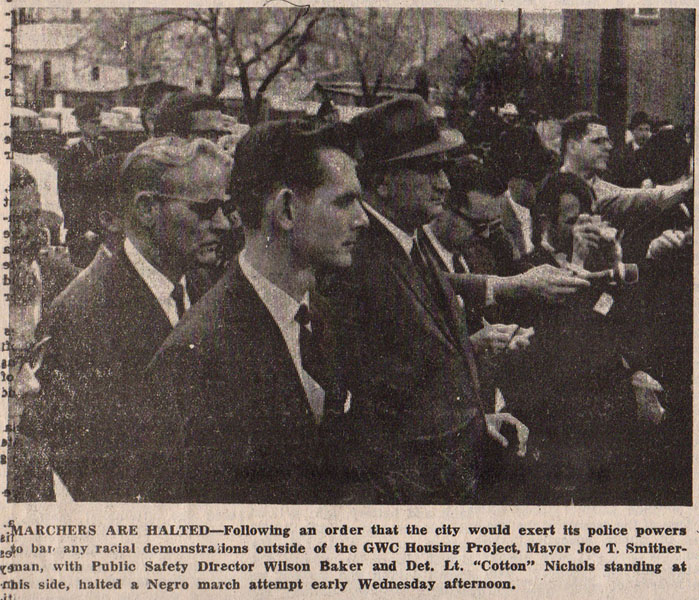 Thru most of the night 300 would-be marchers stood as weary officers watched.  They sang, prayed―as they were doing this morning―and later in the night many of them bedded down in the area.  Others returned to the church to sleep.  Leadership in the front ranks changed hands throughout the night and morning.

City, county and state law enforcement agencies started shift arrangements during the early morning and most of the officers nearest the scene with a few city police were identified as state conservation officers.  Behind them were state troopers in cars. 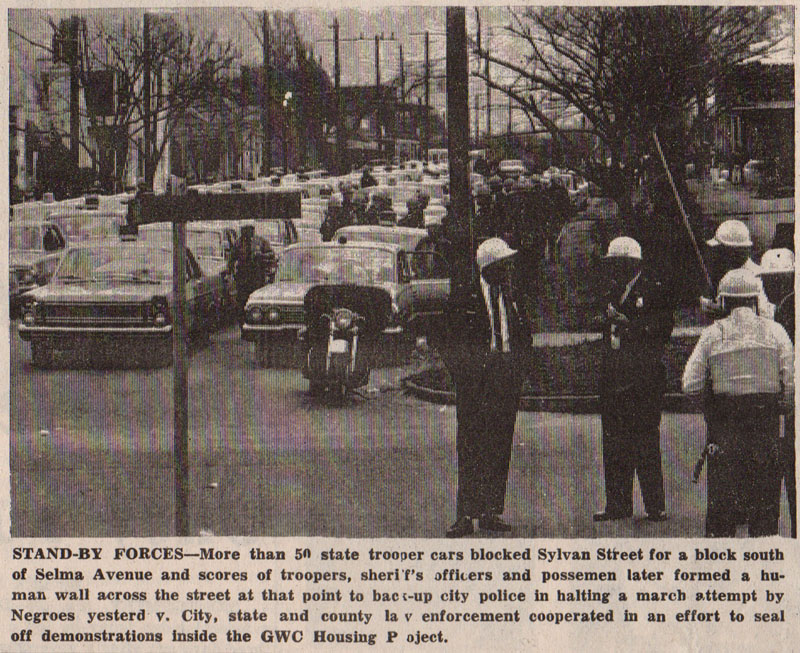 A missing persons report filed this morning for a Robert Dorsett, white demonstrator from Evanston, Ill., was quickly cancelled by officers after it was found that he was being held in county jail.

Weary police, sheriff’s deputies, possemen and state troopers―many who had gotten only four hours sleep in 24 hours―kept watch as some 300 demonstrators participated in the nightlong sleep-in along Sylvan Street just beyond the Brown Chapel A.M.E. Church.  The would-be marchers were made up of about 35-40 percent white people from over the nation and included 78 ministers.

Led by Rev. Ralph Abernathy and Rev. C.T. Vivian, both members of the Southern Christian Leadership staff, along with two white ministers, the demonstrators advanced toward the Sylvan Street-Selma Avenue intersection around 7 p.m. and were stopped short by Public Safety Director Baker.  They were told that they had two alternatives―either go back to the church or stay where they were.  They chose to stay. 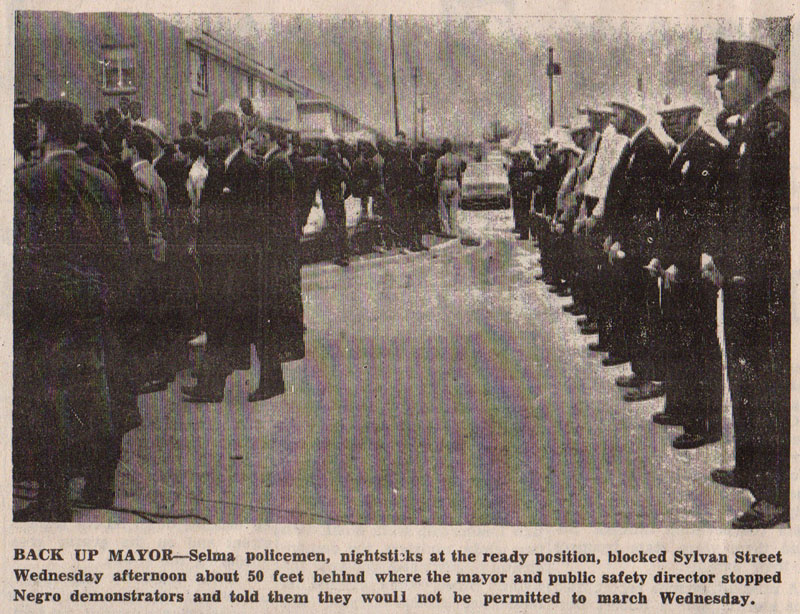 After two hours, there was a change in the leadership with other members of the group coming to the front.  This was reported to have been the strategy developed earlier by leaders.

During the vigil officers received an anonymous bomb threat which sent local and state officers on a search for explosives into the Brown Chapel Church.  Nothing was found.  As the hours dragged on, many marchers produced blankets and air mattresses and started bedding down on the asphalt street and on the grassy area bordering the street.

Officers stood by and talked of events in Montgomery, where a group was reported conducting a lie-in in front of the Capitol.  They discussed future plans for Selma and what today might bring.  Top law enforcement officers held sporadic strategy sessions and a changing of shifts by newsmen punctuated lulls at the scene.

A searchlight played continually throughout the area searching the tops of buildings and in trees.  Security was tight, with few unauthorized persons permitted in the vicinity.  The demonstrators prayed and sang during the first three hours.

Some of the demonstrators said they planned to stay on the scene until the line of officers is removed and they are permitted to march to the courthouse.