Home » Blog » The Perfect Profession for a Control Freak

The Perfect Profession for a Control Freak 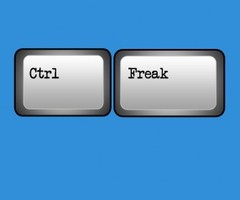 A while ago I wrote a guest blog for Jersey Girl Book Review, and thought I’d share it again, here.

Control freaks come in all shapes and sizes. The calculating boyfriend who thinks he needs to control his girl’s life, the mother who micro-manages her kids every second of every day, or the shrieking wife who thinks the husband can’t do anything right.

They even have lists of the best professions for control freaks. Military Officer, Surgeon, Accountant, and Air Traffic Controller are at the top. No one consulted me, but had they, my number-one-top-of-the-list would be Fiction Writer.

Think about it. The writer crafts characters and feels perfectly at ease telling each and every one of them how to live their lives. Depending on the complexities of the story, or series, there could be 20 personalities or more―or even more. Every one of them will engage in conversation. During said tête-à-tête’s the novelist will infiltrate the conscience of the participants and dictate the exact words they must speak, and what the response will be.

The author decides the age of each person, determines where they came from and what they did before they entered the story. He controls their speech pattern, chooses their favorite beverage, and secret fears. The all powerful author manipulates them in and out of danger, and calculates whether they should be rescued, or perhaps, murdered.

The characters rarely protest. Except in the case of Harold Crick in the 2006 movie, Stranger than Fiction, written by Zach Helm. Harold’s a book character who’s an average IRS agent with a monotonous lifestyle. One day while resetting his watch, he hears the narrator explain, “This seemingly insignificant act would lead to his imminent death.” Harold, played by Will Farrell, pleads his case, and ultimately lives. That’s a rare accomplishment when dealing with the ultimate you-know-what.

I go back and forth on this one, but I think I might have let Harold Crick meet his maker. That’s just me. What would the control freak in you have done?