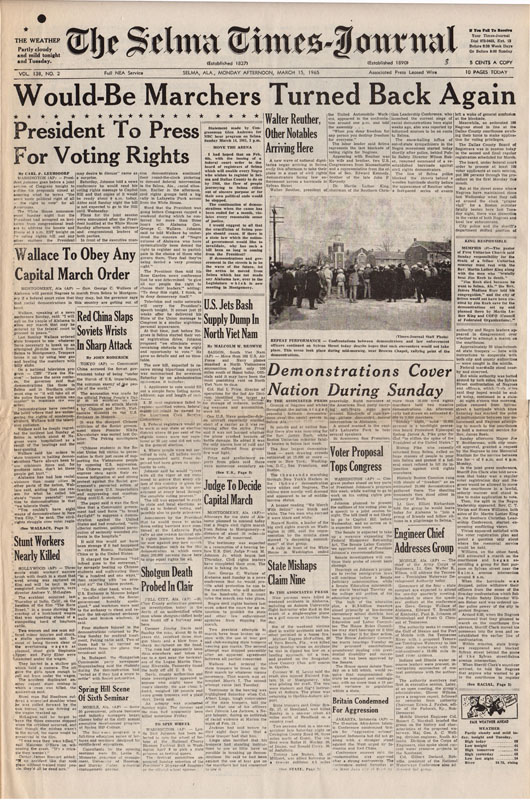 This is day ten after he first arrived in Selma to take part in the right-to-vote march.

Mon, Mar 15, 8:30 am ― On the bus coming back from Hadlee. Decided to go for the weekend. As much as I wanted to stay in Selma, I went to see Cassie, let her see me, and try to patch things over. She was one upset girl. Said if I came back to Selma she wouldn’t speak to me again, ever. She’s kinda cute when she’s that mad, all huffs and pouts. I’ll smooth things over with her after we’ve made it to Montgomery.

Mon, Mar 15, 8:45pm ― When I got back to the project this morning, the mood around here was sparked with high spirits, which was what I needed. LBJ, the god-damned president of the USofA, finally pledged his support for a peaceful demonstration and said he intended to send a bill to congress. Spam and I stayed home and watched him address Congress. I couldn’t believe my ears when he ended his speech by saying, “and we shall overcome.”

When he was finished with the speech Spam looked at me and said, “We’re riding in a boat heading toward change.”

Demonstrations Cover Nation During Sunday by The Associated Press

Groups of Negroes and whites throughout the nation staged peaceful Sabbath demonstrations over the racial events in Selma, Ala. 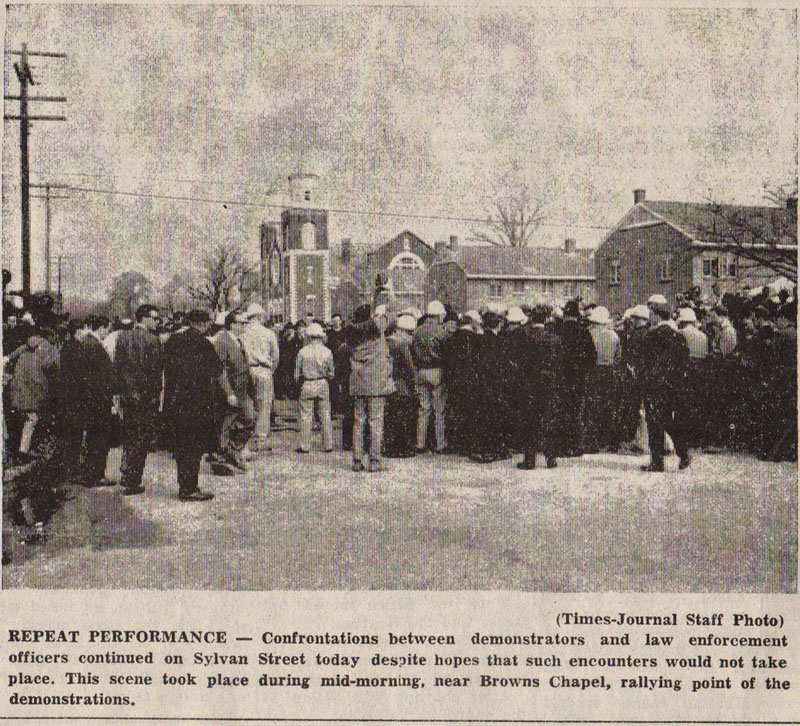 In pulpits and at rallies Sunday there also was mourning for the Rev. James Reeb, white Boston Unitarian minister fatally beaten in Selma last week.  The four largest demonstrations – each drawing crowds estimated at 15,000 or more – were in New York; Washington D.C.; San Francisco and Boston

The thousands marching through New York’s Harlem in the 1½-hour demonstration were whites and Negroes.  The whites were mostly well dressed and appeared to be of middle income status.  A banner reading “We March With Selma” was black and white.  The two men who carried were black and white.  Bayard Rustin, a leader of the big civil rights march on Washington in 1963, said the representation by the middle class showed “a deepening commitment” of that group.

A rally in front of the White House in Washington ended peacefully.  Eight members of the American Nazi party carrying anti-Negro signs were present.  Hundreds of sign-waving pickets demanded federal intervention in Alabama.  A crowd massed in the capital’s Lafayette Park to hear several speakers.

Sunday night, some 10,000 persons in a torchlight procession heard Protestant Episcopal Bishop James A. Pike pray for God “to stiffen the spine of the President of the United States.”  Bishop Pike, who recently returned from Selma, called on huge masses of people to pour into Selma and protest if a federal court refused to lift its injunction against civil rights marchers.

Historic Boston Common rang with shouts of “freedom” as an estimated 25,000 demonstrators gathered there.  The shouting thousands then stood silent in memory of Reeb.  Lt. Gov. Elliott Richardson told the group he would leave today for Alabama to “join a group of friends and fellow citizens in a pilgrimage to Selma.” 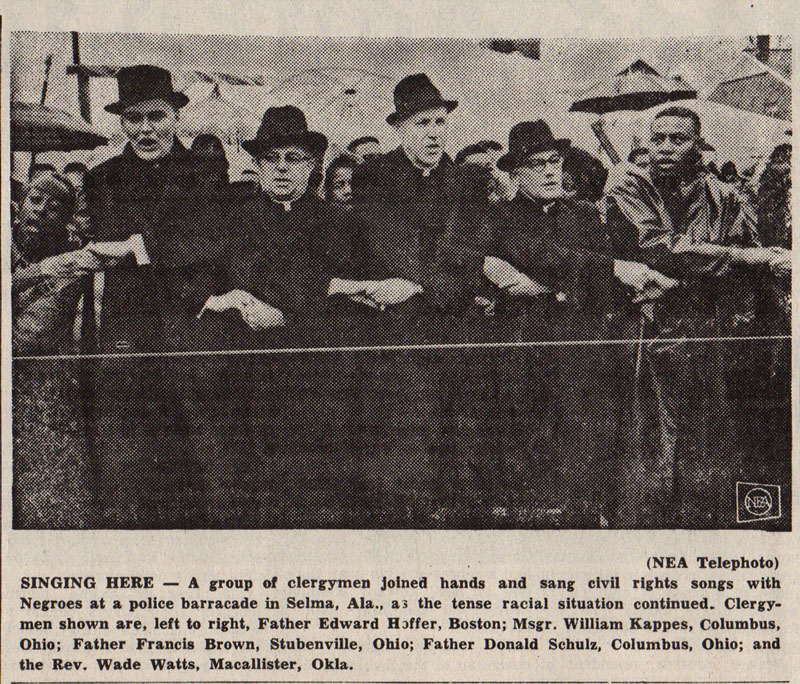