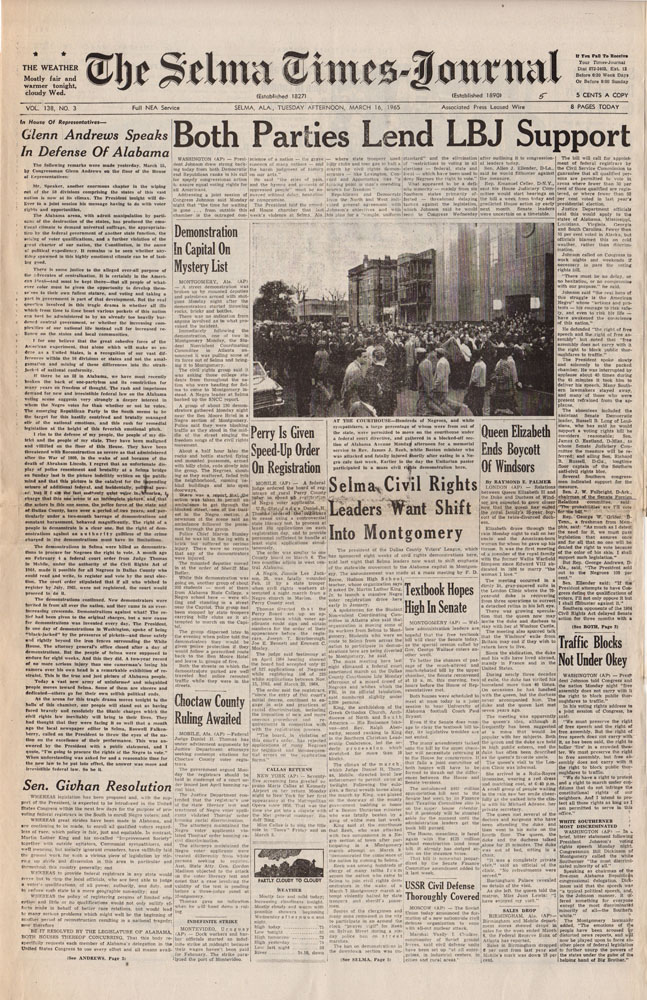 This is day eleven after he arrived in Selma to take part in the right-to-vote march to Montgomery.

Tues, Mar 16, 8:35 pm ― A sit around and wait day. I’m pretty much healed. No more pain in my ribs or arm, but today my shoulder’s acting up. It could be infected, but I’m not saying anything to anyone. The whining’s over.

Even though Selma’s the biggest town I’ve been to, I feel like I belong here. I could live here.

The president of the Dallas County Voters’ League, which has sponsored eight weeks of civil rights demonstrations here said last night that Selma leaders now want to shift emphasis of the statewide movement to the Alabama capital of Montgomery.  The announcement was made at a mass meeting by F.D. Reese, Hudson High School teacher, whose organization says it asked Dr. Martin Luther King, Jr. to launch a massive Negro voter registration drive here early in January.

A spokesman for the Student Non-violent Coordinating Committee in Atlanta also said that organization is moving some of its workers from Selma to Montgomery.  Students who were en route to Selma from across the nation to participate in demonstrations here are being diverted to Montgomery, he said.

The mass meeting here last night climaxed a federal court sanctioned march on the Dallas County Courthouse late Monday afternoon of a mixed crowd of Negroes and whites which the FBI, in its official tabulation, said numbered slightly under 2,000 persons. 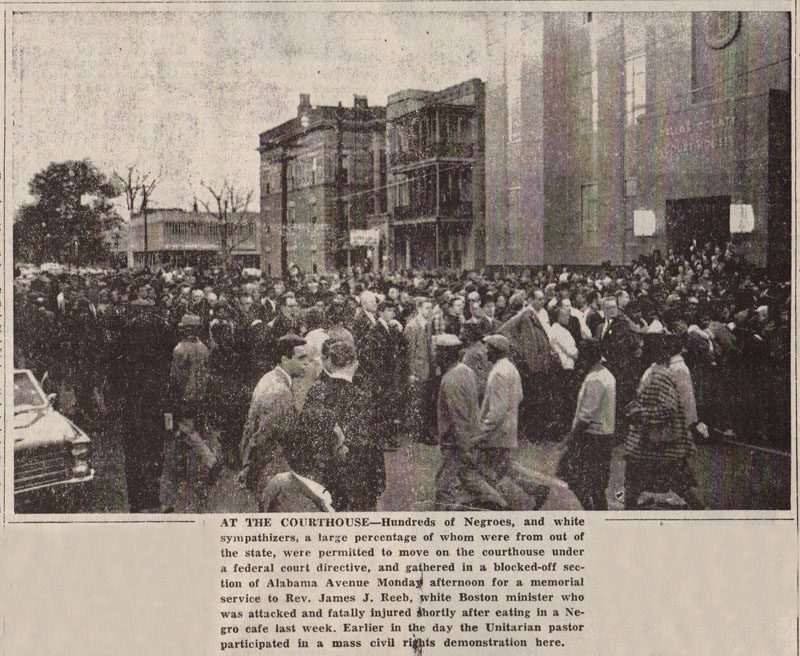 King, the archbishop of the Greek Orthodox Church, Archdiocese of North and South America – His Eminence Iskovos – and Rev. Ralph Abernathy, second ranking to King in the Southern Christian Leadership Conference, led the orderly procession, which stretched for more than 10 blocks.

The climax of the march, which Judge Daniel H. Thomas, Mobile, directed local law enforcement to permit, came at twilight.  Following the eulogies, a floral wreath borne along the march by King, was placed at the doorway of the county government building in honor of a Boston Unitarian minister who was fatally beaten by a gang of white men last week. 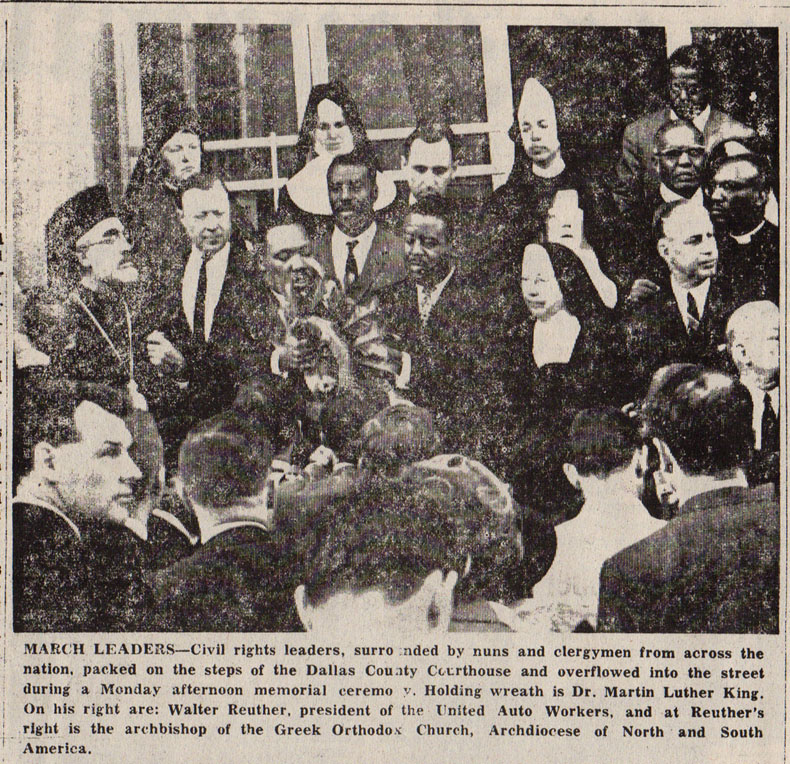 King said at the courthouse that Reeb, who was attacked with two companions in a Negro section of town after participating in a Montgomery march attempt on March 9, “demonstrated the conscience of the nation by coming to Selma.”

Reeb was among hundreds of clergy of many faiths from across the nation who came to Selma to join civil rights demonstrators in the wake of a March 7 Montgomery march attempt violently halted by state troopers and sheriff’s possemen.

Scores of the clergymen and many nuns remained in the city to participate in an around the clock “prayer vigil” for Reeb on Sylvan Street during a six day police ban on street marches.  The ban on demonstrations in the downtown section was imposed.  Public Safety Director Wilson Baker said, to protect Negroes and whites supporting their cause.