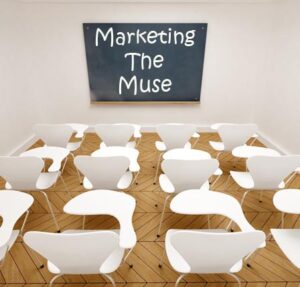 In 1997, having completed only three short stories, this fledgling writer worked up the courage to attend The Santa Barbara Writers Conference.  On the first evening they held a casual get-to-know-you barbeque around the hotel pool area, where I met a smattering of other attendees, one being Marla Miller.

She was a seasoned regular who seemed to know everyone at the gathering, and she graciously gave me some pointers about the lay of the land, and recommendations regarding workshop leaders.  At that time Marla wrote a column for her local newspaper, her compensation being little more than a byline, while passionately working on a book manuscript.

That week turned magical for me.  I honed my skills, found writerly friends, and gained the confidence to think of myself as one of them.  From then on, like Marla, I took the yearly pilgrimage to SBWC.

Two years later at the opening soiree I learned Marla’s hard work paid off and her writing dream had been realized.  Simon and Schuster published her book titled, All American Girls: The USA National Soccer Team.

I was not able to attend in 2002, and low and behold when I returned in 2003, Marla the student had turned teacher.  She tackled the much needed topic of marketing.  Her workshop not only focused on what it takes to “hook” an agent or publisher, but also on the daunting tasks that the author must tackle AFTER their masterpiece has been written.

Marla the cheerleader, mentor, and gatherer of inspirational guest speakers affirmed, whether you’re an indie author or traditionally published, there’s no difference in the amount of work it takes to get your name out there. Through the years since, this passionate, whirlwind of a woman hasn’t slowed down.  Her marketing message is stronger than ever.  Her workshops are packed.  And, along the way she created her brand:  Marla Miller’s Marketing The Muse.   Check out her website, and say Hi for me.

Fast forward to SBWC, 2013.  I was honored to be asked to participate in one of her workshops as a guest speaker rather than a pupil.  During that afternoon class I found myself, if ever-so-briefly, also a student turned teacher.  Thanks, Marla.